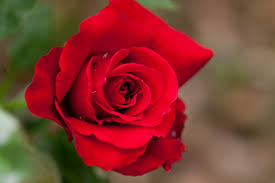 One of the struggles Healing practitioners have, is what to call what they do. It has been traditional to call it ‘Spiritual Healing’ or ‘Faith Healing,’ but each of these terms has been appropriated by fraudsters and used for selfish gain. Likewise, each of them brings along a great deal of meaning that might not be intended by the practitioner.

We define words by using webs of other words, so a word like ‘Spiritual’ or ‘Faith,’ for example, can bring with it images and meanings from a life experience of churches, or mosques, or temples, or synagogues that add to it a great deal of meaning beyond the control of the Healer. Some of these implications may be accurate, but many won’t be, and it is nearly impossible to tell which ones are being applied, because none of us knows the experiences of the other. One person may take ‘Spiritual’ to mean from the god in which they believe; another might take it to mean occult or other practices that they see in a very negative light.

So why give it a name at all? Why not simply call it ‘healing’ and leave it at that? Well, there are two strong arguments against doing this.

The first is that ‘healing’ brings with it a lack of precise meaning that also creates problems. Doctors are healers, and provide healing. Nurses are healers and provide healing. One could even make the argument that the chemist, the researcher, and the people who hold a number of other health-related jobs could be called healers. It winds up being ambiguous.

So, we sometimes capitalise the first letter, and write of ‘Healer.’ It may be a little less ambiguous than its lower-case sibling, but it also sounds a bit grandiose; it is too self-important sounding to convey the position of the healer in what we do. After all, we claim no special gift or divine appointment; we are simply people who have been touched by this kind of healing, and have taken the time to learn the techniques ourselves in order to pass on the benefits to others.

The second is that, in order to continue reaching people in more formal situations, like NHS-funded institutions, we need to be identified in some way.

The practice of Reiki, for example, can be easily identified and can bring with it a clear story of origin, development, and organisation. Likewise, Yoga and (more recently) Mindfulness training are growing in acceptance as ways and means to give effective support as part of a healing team. Without a proper name, the battle is ongoing and must be repeated in each new context.

This is further complicated by the fact that, for some people in pain, the very lack of definition and structure is what enables them to engage with it. Part of the process, for many people, is letting go of constructed boundaries, letting go of the structure of beliefs they’ve had regarding their health and level of well-being. For some of these people, once a name is applied to it, some of the efficacy fades; it becomes less potent.

The development of a structure and identity also brings with it the risk of hijacking by those with selfish intentions. We’ve seen this before, with people claiming special powers and authority, taking the title of Yogi, Pastor, Rabbi, or Priest, when their true goal is to exploit the vulnerable for money or other things, and ultimately leave the person in a worse state than they started. In naming and adding structure, we help some, but we risk giving charlatans the tools to harm others in our name.

As part of our community of healers and patients, we each may have something to give to the search for a solution to this problem. It’s an ongoing issue, and is becoming more important as the NHS opens up to more, and more-varied, types of alternative and support healing.

Do we invent a name without baggage? Throw some letters together and attach it to our community and build credibility from today forward?

Do we adopt the name of a similar practice? Try to become known as an offshoot of a more well-known system such as Reiki, Hands-On Healing, or something similar?

Do we adapt a name from a similar practice? Take on some of the credibility of another practice while noting a type of separation, like calling ourselves ‘cooperative mindfulness,’ or something similar?

Do we use a descriptive, the way Hands-On Healing did? If so, what descriptors do we use?

Juliet lamented that her Romeo bore the name of her enemy, and reasoned that he would be just as sweet to her if he had a different name, just as a rose doesn’t cease being a rose just because someone calls it something else. But is she correct? Does the name (or lack of one) change the nature of the thing? Does it alter the potency, or endanger the reputation of it?

These are questions that must be considered at this time in our growth and development as a community and as a healing service. Each of these has its pros and cons, and more discussion is needed.